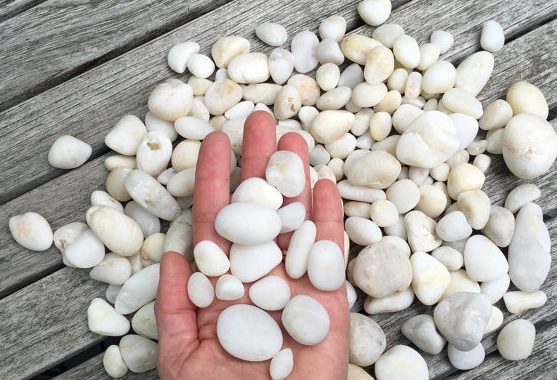 for Maggie who is learning

Saint James says not to be as one
who looks into a mirror
and then forgets his face,

but he was never seventeen, a girl in love
who for the first time finds herself reflected
as a word worth speaking.

She will forget a thousand times
just to have the one who spoke the word
repeat it like a pulse.

She will feel a debt:
he has settled an account,
some space within her calculated

as if she were a buried pearl.
She will feel he’s bought this worthless land
to dig and dig for her,

one hundred craters in the earth,
a crazy man by moonlight
with faith in treasure no one else believes.

Later, she will see he did not invent her.
At best, he was a skilled translator
of a language she had yet to learn she was.

In the end, she will stand, bone white,
and smash the rock that held the secret name
because it is written, now,
in a place more permanent than stone.

When we’re young, romantic partners often serve as mirrors to validate our worth.  We don’t know ourselves as well as we will after a few decades of our own good company.  We aren’t yet fluent in our strengths.  When we see a beautiful reflection in the eyes of a person who values us – perhaps suddenly, usually temporarily – we think the mirror created the attractive qualities.  When the mirror goes away and the relationship ends, we forget what we looked like.  We think that person created those traits in us, but that’s simply not true.  Without a mirror to reflect my features, I have the same hair, same mouth, same nose.  Without a particular individual to praise me, I am still funny, intelligent, kind.  This poem alludes to something John wrote in his Revelation; Jesus said he would give to the victorious “a white stone with a new name written on it, known only to the one who receives it.”  I don’t know what that stone means or what it’s for, but the notion of victory bringing self-knowledge that looks to no one else for verification is beautiful to me.  I wish that assurance of identity and worth, that victory, for us all.

Draft a piece with a stone in it.  Let it fall through the draft until, in revisions, stone is the final word.