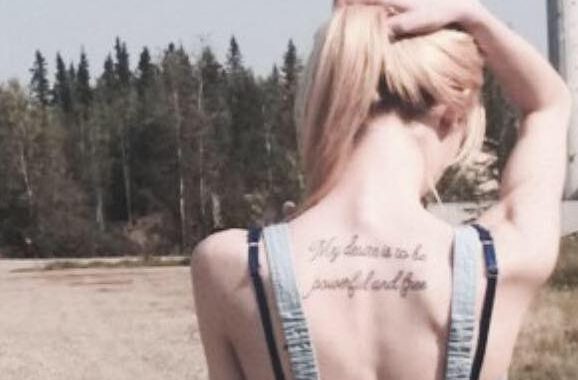 Elegantly seeded in the furrow of her spine,
even rows of letters
repeat: my dream
is to be powerful and free.

Hands that hold the whip must
underline that strength.

Maybe her voice is soft
as alchemy, the silence of base metals
admitting they are gold.

indelible, marked now,
translated by the dream.
Adamant as philosopher’s stone,
matter beyond measure rests beneath her skin.

“Plowmen have plowed my back and made their furrows long.”  The third line of Psalm 129 is chilling. The image of a human back scored like the earth in an act of brutality and domination is horrific, all the more terrifying because it is also familiar.  The image is very old, too often repeated in the human story.  Whether with whip or word, we take the cowardly approach, attacking the exposed and vulnerable.  In this poem, I’m using the Hebrew transliteration of “they made their furrows long” – heerichu lemaanitam – as an acrostic guide to help me consider the response of resistance.  I know a beautiful woman who has felt greatly oppressed from youth, and spent years as a hostile stranger to her own body.  Part of her reclamation project arrived as a tattoo across her back.  I’m taken with her placement of her message in a space where she can’t see it.  The message is of her, but for others, for any enemy, in fact, who steals up from behind to violate her victory.  The message is her loudest voice.  With it, she is “cut free from the cords of the wicked,” and transformed into what is precious.  In the psalm, the final lines revoke a blessing from the evildoer.  Their deepest punishment is to withhold: “May those who pass by not say to them, ‘The blessing of the Lord be on you.'”  I can imagine nothing more just than stripping protection from those who exploit others without mercy or remorse, and I delight in the divine alchemy that restores dignity and strength, marking us permanently as blessed.

Resist.  Draft using your philosopher’s stone to transform something in peril.